Here is all the big news you may have missed from this past week! 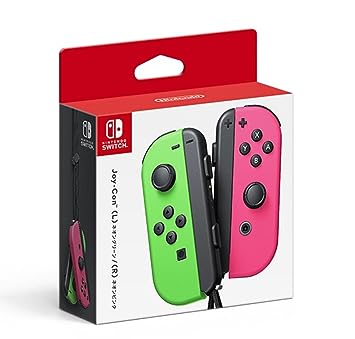 The Splatoon themed Joy-Cons that were previously only available through the Splatoon 2 system bundle, will now receive a standalone release. While Nintendo has yet to reveal the price of the new Joy-Cons, we can expect them to be around $80, which is the price of the other Joy Cons. Nintendo also said we can expect to see these controllers in stores, “later this month”.

The latest trailer for the highly anticipated Monster Hunter World introduces players to some new and returning monsters. The trailer shows off the intimidating elder Dragons, as well as a new monster to the series, Dodogama. You can check out some footage of the monsters in the trailer above. Capcom also announced a third and final open beta on January 18, but like the previous two, it is exclusive to PS4 owners. Monster Hunter World releases on January 26 on the Xbox One and PS4, with a PC release date set for sometime this fall.

The Nintendo Switch Becomes the Fastest Selling Console of All Time in the U.S.

Through 10 months, the Nintendo Switch has sold an all-time record of 4.8 million units in the US, Nintendo recently revealed. The Wii previously held this record by having sold 4 million units in its first 10 months on the market. This proves the Switch is worth investing into big-time publishers, such as Activision and EA, and as long as the Switch continues to receive games such as Wolfenstien 2 and the Bayonetta series, this is just the start.

It seems Paladins, the free to play hero shooter, is following in the footsteps of Fortnite, as they will be releasing a PUBG like battle royale mode, cleverly called Battlegrounds. Battlegrounds is set to launch sometime in 2018, and will feature a map 300 times the size of a typical map in Paladins. Battlegrounds differs from PUBG, because players are forced to play in squads with the heroes of the game. Will Paladin’s Battlegrounds mode become a hit like Fortnite’s similar battle royale mode, or is it doomed to failure? Let us know what you think down below in the comments.

The latest footage for the highly anticipated RPG from Level 5, shows off some of the real-time strategy gameplay, as well as a new boss. The first part of the video shows Evan, the game’s protagonist, commanding an army and gives players more info on how the RTS moments work. The second part focuses on the more traditional RPG combat as it follows Evan and his party through a dungeon, you can check out the recently released demo above. Ni No Kuni II: Revenant Kingdom, releases on March 23, for the PS4 and PC.

That is all the big news we have for this week, make sure to stay tuned for anything gaming related here at Sick Critic.

Nintendo arbitrarily dropping a reveal trailer for a Paper Mario game, a franchise that spawned a couple of my favorite games and my favorite RPG period, surprised me in the…