Why Activision Could Be More Anti-Consumer than Electronic Arts

The gaming industry is chock full of unethical publishers and businesses that strive to nickel and dime consumers. However, it is difficult to agree which publisher is the worst for consumers. Keep in mind this is unrelated to the quality of their products, but how they monetize and treat them. Electronic Arts is frequently ridiculed as the most out-of-touch publisher partially based on their E3 presentations becoming more of investor meetings masked as gamer-oriented celebrations. EA can put Andrea Rene host the conference and use her charisma to comfort viewers, but that doesn’t change the fact EA gave her a very uneducated script clearly meant for investors. Brushing off what’s left of E3, we at least saw EA tweak themselves to improve goodwill. Activision, on the other hand….let’s talk about them.

The Black Ops 4 Beta went live for fans and critics to enjoy, however it left many fans with a bitter taste in their mouths. Some criticized the uninspired graphics, claiming they look identical to Black Ops 3. The gameplay changes have annoyed some with the lack of health regeneration and the unnecessary class system trying to cash in on Overwatch, another Activision product (which we’ll talk about later). Ignoring the criticisms of the Beta, many people enjoyed what they played of it and may consider buying it. Black Ops 4 is a full-priced game that emphasizes a focus on its battle royale mode titled Blackout. Of course, BO4 has 5v5 deathmatch, zombies, and other modes…as well as a season pass.

This season pass is inescapable as it’s the only way you can access the DLC. The controversial Call of Duty Points are making a comeback, confirming microtransactions appear in the game. If you want to avoid missing out on any content for this game, you need to do a lot of research. There are five. I count them, FIVE EDITIONS to Black Ops 4. Which one gets you everything? The Digital Deluxe Edition has two variants, the Enhanced version comes with more in-game currency and costs $130. That’s no typo. The Pro Edition comes with less in-game currency than both Deluxe Editions for $120. The Pro Edition comes in a steelbook and has a bunch of other goodies. That’s right, each edition to this game has their own exclusive items. The Collector’s Edition comes with all sorts of goodies for fans to enjoy as well as a “Mystery Box” for $150. Wait, so Activision’s putting in literal loot boxes for their collector’s editions now?

If that didn’t make your head hurt enough, I’ve got some exciting news for you concerning Destiny 2. Bungie’s doing everything in their power to appease fans, but they can’t separate themselves from Activision’s shitty practices. Destiny 2 Forsaken is the latest expansion of the popular FPSMMORPG. Guess what? There are FIVE editions to the expansion alone and that includes a season pass. You can spend as much as $100 on Destiny 2 Forsaken, although it comes with all previous expansions and additional content. So you paid $35 bucks on an expansion pass but that excludes Destiny 2 Forsaken which costs more than the expansion pass and that alone has its personal season pass. Did you get all that?!

How about we take a gander at the Blizzard side of operations? I’ll be more fair this time and concede that Blizzard is definitely the more consumer friendly company. However, that doesn’t exempt them from their greed. Overwatch has been out for two years and is a prime example of obnoxious loot boxes. You can play the entire game without spending a dime and purchase items with in-game currency that you can only win from loot boxes.  This will pester the Overwatch Defense Force but why do you think Blizzard won’t give players an alternative to loot boxes? It’s greedy and anti-consumer. They make way too much money with it and the only way you can get the items you want is either grind through gameplay (which thankfully is consistently fun) or to test the system by rolling the dice. I would much rather have an alternative than from a glorified slot machine mechanism. While Overwatch has a flawed monetization system, Activision and other companies have done far more greedy practices within their games. 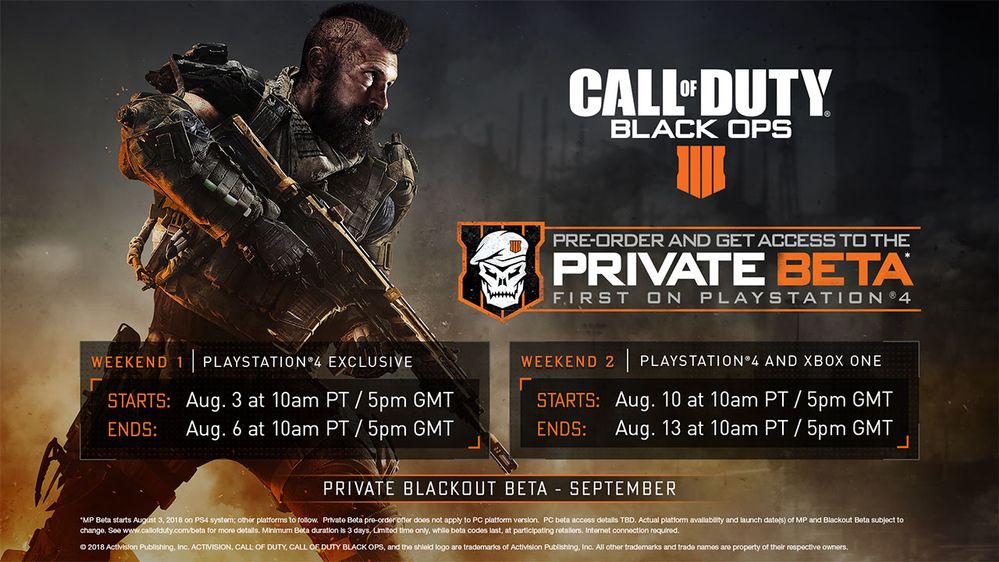 Activision has recently became good business partners with PlayStation this generation. So much so that Activision makes exclusive content for PlayStation platforms. Destiny 2’s Warmind expansion has an exclusive strike map to PS4 and that is the only original map from that expansion whereas everything else was reused or recycled. Call of Duty Black Ops 4 has an exclusive multiplayer map on PS4. Crash Bandicoot N. Sane Trilogy was a timed exclusive, which is somewhat understandable due to the IP being viewed as a PlayStation icon. Destiny 1’s expansions came much earlier on PS4 with the last expansion coming to Xbox One the same month Destiny 2 launched. It’s fine for publishers to be a little friendly to console manufacturers. Publishers make deals with Microsoft, Sony, and Nintendo all the time. Hell, Ubisoft made an exclusive game just for Nintendo. However, going the route Activision’s taking is easily the shittiest move for customers by selectively keeping some content away from those who don’t own a PlayStation or Xbox or what have you.

Electronic Arts is often lambasted for bastardizing their beloved franchises and this is where I concede Activision has done much better than EA in this category. Activision’s treatment of both Crash Bandicoot and Spyro the Dragon is very refreshing to see and I personally cannot wait for Spyro Reignited Trilogy. There’s nothing they could do screw it–wait a minute. The physical version of Spyro Reignited Trilogy only comes with the first game whereas the other two are treated as an update? Did Activision just DRM Spyro? While the remake itself looks gorgeous with each screenshot and gameplay footage Toys for Bob shows, Activision gave the game an unpleasant corporate stench. It makes consumers ask: What’s the catch?

Given the vocabulary of Activision’s official statement, I think this is more of a day one patch situation which isn’t limited to unused copies. However, this is detrimental to consumers who have a limited, weak, or no Internet connection. Activision basically closed the doors to a sizable portion of gamers. If Spyro Reignited needs more development time for all three games to be printed on the disc, why not delay it to early October so the development team can completely go gold? Though, it would compete with Activision’s other games like Call of Duty…but wait isn’t Reignited catered to a completely different demographic? Yeah, this is pretty dumb.

Saying Activision is a crummy publisher is nothing new, unfortunately. They’ve developed a habit of sucking consumer’s wallets dry at every possible step while diminishing the quality of the games. Their name has come to distress some gamers when it is associated with upcoming titles such as FromSoftware’s Sekiro: Shadows Die Twice. Will there be fifteen editions of SDT that makes gamers’ heads spin? I doubt it since FromSoftware doesn’t let publishers run away with their game. Will Activision attempt to improve relations with the gaming community? I doubt it unless their stocks drop like EA’s did. Activision is very much a corporation and less of a game publisher. They want to appease their investors first and foremost, identically to what EA wants to achieve.

What matters most however is the games and Activision’s have often been well received by critics despite vocal disdain from the community. Activision also has their more consumer friendly sister company Blizzard Entertainment who are lauded as the one of the industry’s best studios. Their treatment of their classic IP (Spyro and Crash) have both been working very well for them. We’re taking a break from Pro Skater after 5. Their mainline Call of Duty games have never been considered objectively bad games. There’s always fun to be had in Destiny 1 and 2 for a lot of people. Activision is like the sports team that many passionate fans love to hate. They keep making decisions fans dislike but they always keep coming back watching (or, in this matter, playing) their games.

Is that a bad thing? People play what they like. That doesn’t separate the fact why gamers are coming to despise Activision’s decisions. With their convoluted deluxe editions that puts the value of their games in question, why can’t Activision just make their games free-to-play at this point? All of them have microtransactions that provides them infinite profits and they would be acceptable if the games in question were free. Hopefully, Activision realizes the unpopularity of their monetization schemes and decides to minimize their visibility in future projects. The industry is growing to favor consumers more than investors. If EA is removing loot boxes from their games, then I see no reason why Activision wouldn’t. The most we could do is vote with our wallets.

What do you think? Is Activision worse than EA? Does it matter? Please share your thoughts in the comments below and stay tuned for more exclusive content like this from Sick Critic.

When you tell a story taking place any time during the first half of the 20th century, you have every advantage. Industry, prosperity, war, famine, reconstruction, love, loss, politics, genocide,…