Spooktober 2018- Throwback Review- Puppeteer, The Game Everyone Loved and Forgot

Puppeteer is a fascinating game for many reasons. It launched in September 10th, 2013 in the States, one week before Grand Theft Auto V, which went on to become the most profitable entertainment product of all time. As you can imagine, Puppeteer didn’t sell that great. In fact, even the most hardcore PlayStation fans are unfamiliar with this game, and I happened to stumble upon it as a friend gave it to me for my birthday. I knew very little about the game other than it was reviewed positively by the some critics. After beating it years ago, a lot of it still stuck with me, and I always think about it when Halloween arrives.

Puppeteer takes place in a puppet show, with a witty narrator adressing the player as if they sit in the audience seat. The immersion in this game is something to behold. All of the setting are comprised of wooden sculptures and other basic materials such as paper that violently shift around the stage during transitions, which the controller promptly reacts to with some of the best vibration I’ve felt in a game. It’s comparable to the Nintendo Switch’s HD Rumble technology, despite the Dualshock 3 using rudimentary vibration tech found in most controllers. When a set piece slams to the right side of the stage, the right handle of the controller vibrates, and vice versa. 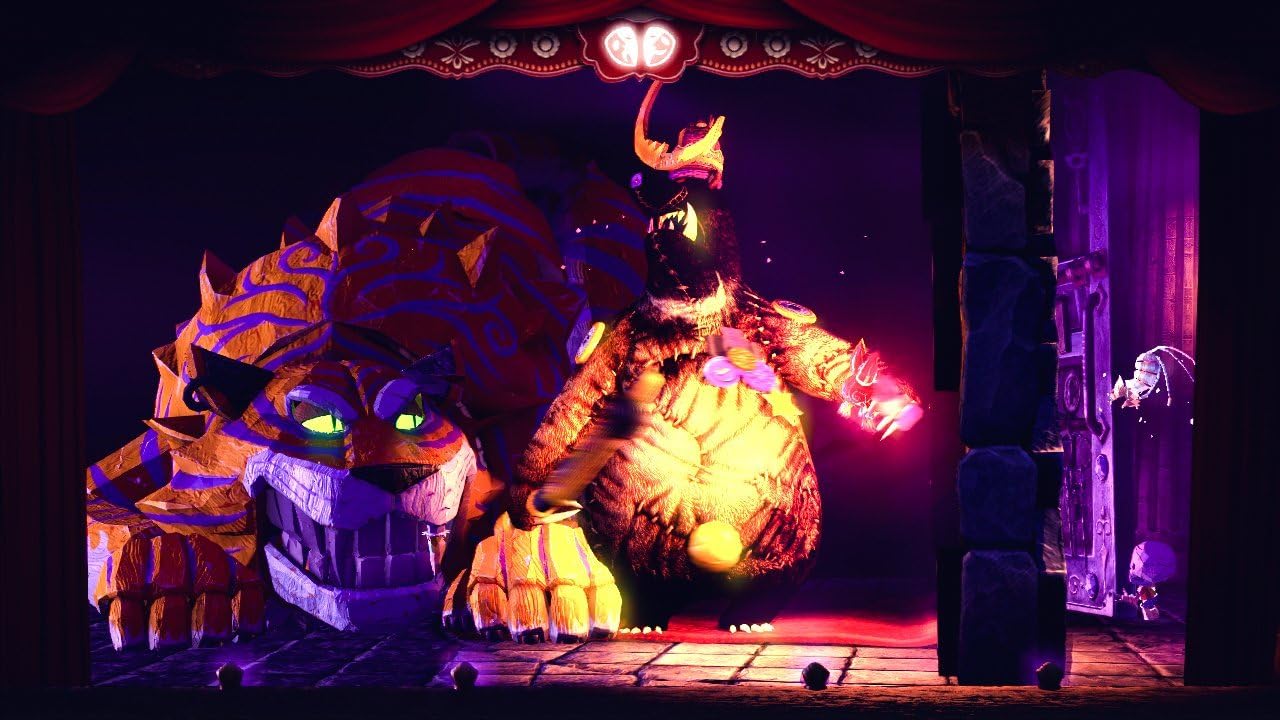 The premise of the game brilliantly reeks of a children’s horror story. You assume control of Kutaro, a young puppet boy who is enslaved by the ruthless Moon Bear King of Castle Grizzlestein. The Moon Bear King rips the boy’s head off and eats it. The King also holds the magical scissors called Calibrus, capable of cutting apart the most potent of materials. Kutaro is accompanied with a black cat named Yin-yang, the pet of Ezma Potts, the Moon Bear King’s kitchen maid and malicious witch. She constantly screams at Kutaro and those who fail to listen to her. She’s frequently humorous in her anger, and becomes some sort of ally with Kutaro later on.

Kutaro steals Calibrus and escapes Castle Grizzlestein, which prompts MBK to order twelve of his generals to capture Kutaro and bring back Calibrus. The King’s generals are mostly animal humanoids and serve as the game’s bosses. Yin-yang is later replaced by Princess Pikarina, the daughter of the Sun. Oh, by the way, you never come to Earth. All of the game’s levels take place on the Moon, which is crescent shaped and has a diverse array of whimsical environments. There are seven Acts in the game, and each Act contains three Curtains, which gives the game 21 levels. For a platformer, it’s fairly lengthy, but never once does it become stale. 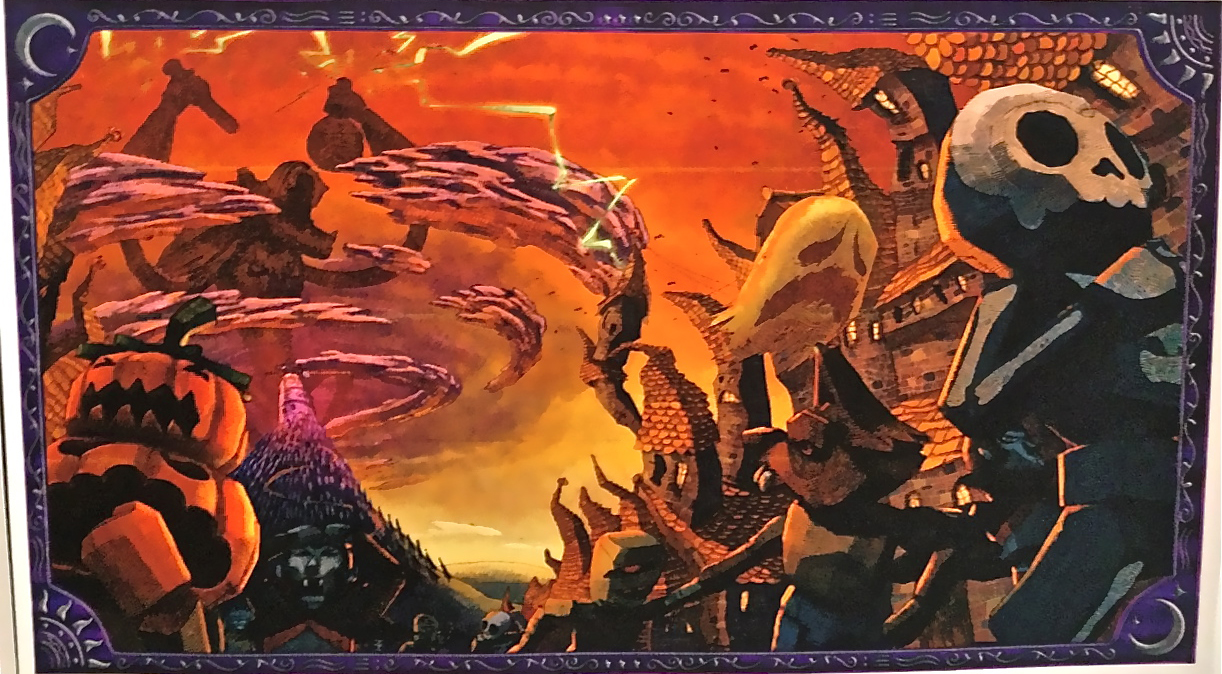 Each world you encounter is distinct and memorable, from the cylindrical spiral of Castle Grizzlestein to the seasonal Hallowee Ville. The characters, music, and atmosphere pop out of the screen and truly bring the game to life. The Generals deliver some unique boss battles that embody the setting in which they inhabit. For example, in the Mexican desert level Loco Caliente, you battle General Bull in a bullfighting style, with suitable music for the quarrel. Each world also has its own set rules and contributes to the game’s lore with storybooks that read like a classical fairy tale. Before the player enters an Act, the narrator explains to the audience what Kutaro will encounter in this chapter with a beautifully illustrated depicting the setting of the level. It’s impossible to wrap my head around all of the imagination and creativity that went into this game. The game bends the rules of the platforming genre which very few games take advantage of, even modern Nintendo games play by the books nowadays. 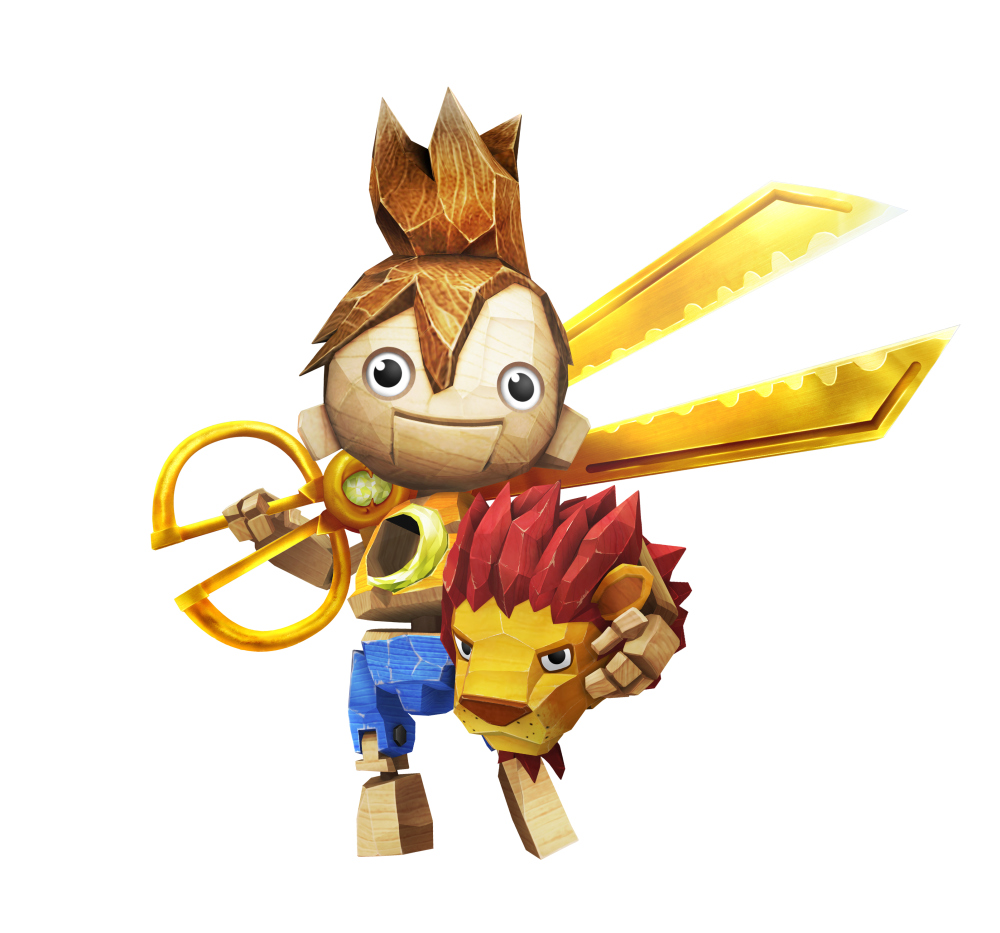 When Kutaro acquires the magical scissors, that serves as both a weapon and a platforming element. The player can cut through enemies (in E-10 rating style, of course) and are encouraged to slice off their Souls, which are the stolen souls of children on Earth. If the player ignores the Souls, then it would be sucked back in the enemy, resurrecting him. Boss battles have dozens of Souls, which requires the player to expose them multiple times. Jumping and then using Calibrus gives Kutaro a small boost into the air, acting as a double jump of sorts. When a malleable material is within reach, such as a curtain or a webbing, the player can use Calibrus to traverse through that sheet avoiding deadly obstacles or attacking some mini-bosses. There are other tools at your disposal to explore more of the levels which gives the game more depth and replay value.

Pikarina/Yin-Yang acts as a cursor to pinpoint secrets, open up magical pots that hold an additional head that gives Kutaro more hit points, and stun foes. Some background scenery either contains coins that can award the player an additional life or reveal a bonus round which has to be activated if the player has the appropriate head. While this encourages players to avoid getting hit, that mechanic is somewhat reliant on RNG as sometimes the pots don’t give you the right heads, forcing the player to replay the level to 100% the game. Of what little I experienced of the bonus rounds, I found them to be rather challenging as they required some mastery in a certain mechanic whether it be steering Calibrus around or dodging obstacles and whatnot. Completing the game in general may not be the best route for enjoyment of this game, as simply finishing the main campaign is rewarding enough. 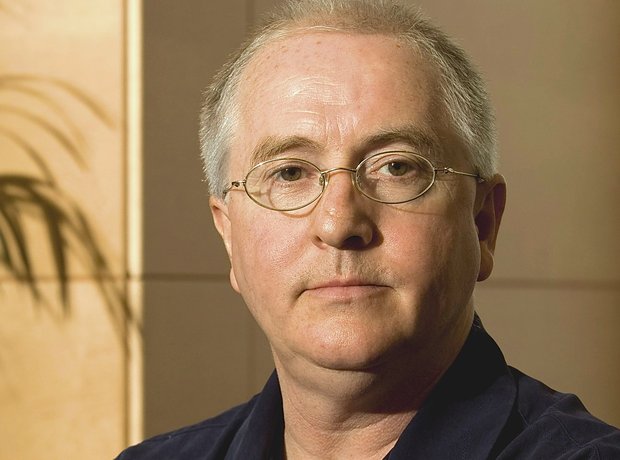 I must dedicate more time into the music. When the game feels adventurous, the music sweeps that feeling by its feet and tosses it into the stratosphere. Doyle’s orchestra is hyper and energetic, perfectly fitting in the game’s behavior. A Western level would have music that celebrates the Wild West, a pirate level would have a beautifully composed Pirates of the Caribbean-style tribute. Halloween Ville has a blanketing Nightmare Before Christmas-esque atmosphere that drifts the player to their finest memories of the holiday. There is no stereotypical level in Puppeteer, there are established worlds that belong in the upper echelon of the Brothers Grimm’s creations. The characters you meet provide an insightful glance into the world you are visiting. 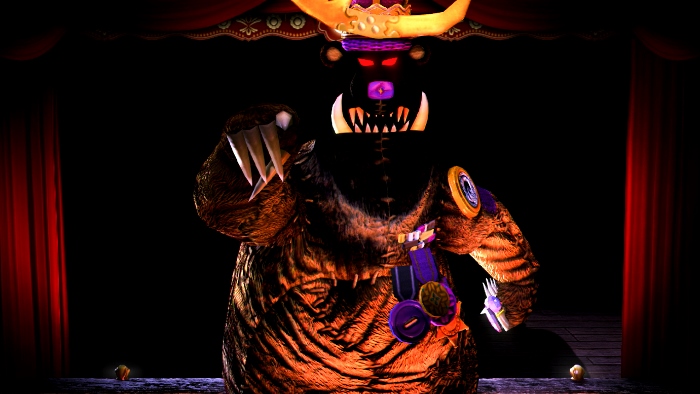 The commentary and banter sprinkled about between the narration brings much needed laughter in a rather serious medium. One moment that stands out in its weird hilarity is Nosferatu’s fourth-wall breaking rant about his rescuer not being an attractive babe and how the advancement in the video game graphics minimizes his fear factor. Calling the writing witty is not enough to commend the writers. Most spoken dialogue by the narrator and other characters sound almost Shakespearean in how they sophisticatedly manipulate the English language to get their point across. Pikarina, being the traditional teenager, wants them to cut to the chase and stop talking in a weird way. That person-to-person conflict delivers some mighty clever contrasts in the dialogue and is evidence of wickedly talented writers who worked on the game. As complex as the universe can be in Puppeteer, it all functions properly and rarely becomes ridden of confusing history or distracting plotholes. 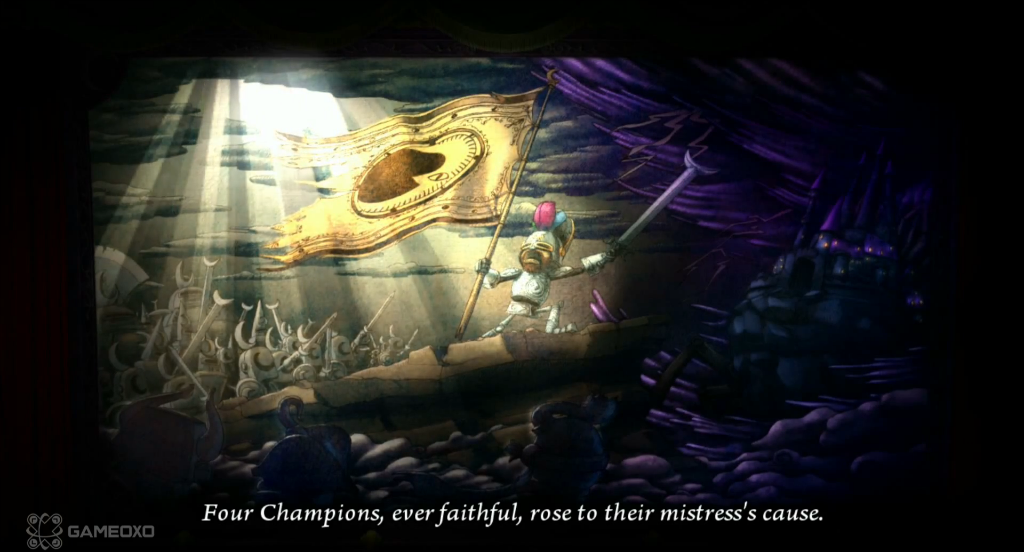 With sharp and challenging gameplay, imaginative world design and lore, and humorously poetic writing, I found myself applauding when the credits rolled. Puppeteer is a brilliant game, and such brilliance is often ignored in the industry. The nonexistent marketing and unfortunate product release scheduling also did this game no favors whatsoever. The bright side for those looking for a fresh, original game, you can purchase Puppeteer at a bargain price, oftentimes far below 20 bucks. This is a gem worth digging for, and with the journey lasting about 10 hours, I find ignoring it would do a disservice to your gaming library.

The horror value is rather low, but thinking about the context of the story certainly gives this game a healthy dosage of Halloween creepiness. Sony Japan Studio seems to kill it with platformers with Gravity Rush, Puppeteer, and now Astro Bot Rescue Mission being lauded by critics and fans alike. However, their efforts are unfortunately ignored with the lack of investment from audiences and Nintendo being the only major developer producing quality platforming games. Underrated doesn’t mean you should move on. Support the artists who worked on Puppeteer and maybe, just maybe, Sony will produce a much-needed sequel. While the tragedy of ignored masterpieces is one problem in the industry, the larger problem is nobody willing to focus on new, original ideas, as more successful, formulaic ideas continuing to plague the medium with mediocrity. Perhaps that will change, but in the meantime, invest some time into this masterpiece and hope for the best.