Spider-Man: Into the Spider-Verse Review

The moment I laid my eyes on the newest animated Spider-Man feature film from Sony, the visual style alone earned my cash. The vibrancy of the colors and the seamless blend with realistic CGI and exaggerated cartoon nature of a comic book never fails to amaze my eyes. Once the film released, critics hailed it as one of the best films of the year and I can only preach to the choir.

Knowing Sony’s shaky history with the Spider-Man movies with the lackluster Amazing Spider-Man series in addition to the critical failure (yet commercial and audience hit) Venom, it’s hard to imagine hearing the words “Sony Animation, the studio that brought us the Emoji Movie and Sausage Party, created a cinematic masterpiece”. Even though Phil Lord and Chris Miller wrote the script, I’ve never seen a film by any of Into the Spider-Verse’s directors. One of them directed Dreamworks Animation’s Rise of the Guardians, which was seen as a moderately mediocre film, whereas the two others had their directorial debut with Into the Spider-Verse. If the film was all style yet no substance, I wouldn’t have been very surprised. However, I’m pleased to reveal that there is as much substance as there is style. In fact, I would argue there was more depth in the storyline than a lot of Marvel Cinematic Universe movies.

Let’s start with the story. Yes, this is another origin story. ITSV mocks the fact it’s another origin story. Unlike a movie like Black Panther, the purpose of the story did not detract from the strength of the narrative. The emotional attachment the audience develops with Miles Morales is nearly instantaneous. His daily life feels genuine and I noticed the hardships Morales has to deal with. Morales takes time to adapt to his environment and struggles to evade the morally grey elements by turning to his uncle, a man notorious for vandalizing the city with graffiti. His father, being a police officer, constantly ensures his son excels in school and stays away from trouble. When Morales can’t mute the world around him, he listens to music to calm himself down, like so many other kids his age.

Speaking of music, both the licensed and composed soundtrack is excellent. It’s definitely something I’d frequently listen to. In fact, I’m listening to it right now. Daniel Pemberton composed the music for ITSV and various musical artists such as Post Malone, DJ Khalil, DUCKWRTH, Lil Wayne, and . . . Jaden Smith contributed to the soundtrack. Overall, a lot of this is stuff I would put in a Spotify playlist if the hip-hop genre is your cup of tea. Everything fits the mood of the film and the tempo sometimes matches the action on screen, which is definitely impressive. The animation style would only accept technobeat music, regardless. Nothing feels out of place and there’s nothing I would remove from a Spotify playlist with the exception of Jaden Smith’s music. I personally haven’t listened to Smith’s song but it’s Jaden Smith so that’s a no from me.

Since the film’s selling point is the art-style, I suppose it’s smart to dedicate a few paragraphs to the visual presentation. Animation has rarely been utilised in a unique manner. Oftentimes, film studios strive to best Disney and Pixar in providing the most photorealistic environments and textures ever produced by computers. As a result of that, a lot of animated feature films come across as diet versions of Disney movies. Sony has usually been an outlier with their animated films such as Genndy Tartakovsky’s Hotel Transylvania franchise opting for a more Saturday morning cartoon approach. Even their blockbuster flops such as The Emoji Movie have SOME unique character designs. Spider-Man Into the Spider-Verse takes not only animation, but the film medium forward using the innovative method of fast-paced, anime-inspired visual storytelling.

ITSV often uses height as a motif. You can’t recreate an exaggerated distance in a realistic animated or live-action film without taking the audience out of the screen. In ITSV, everything is exaggerated and idealized, so giving an apartment building an elongated drop from a roof’s perch, it blends into the environment perfectly. There is no forced separation from the audience and the film. They both agree that the universe created by Sony is like none other. You cannot have Kingpin possess a massive, supersized square body with a disproportionately small head in any other film except for ITSV. New York City could not even harness its naturally large crowds in a live-action feature without using unrealistic CGI, unlike in ITSV which promotes fantasy over reality. 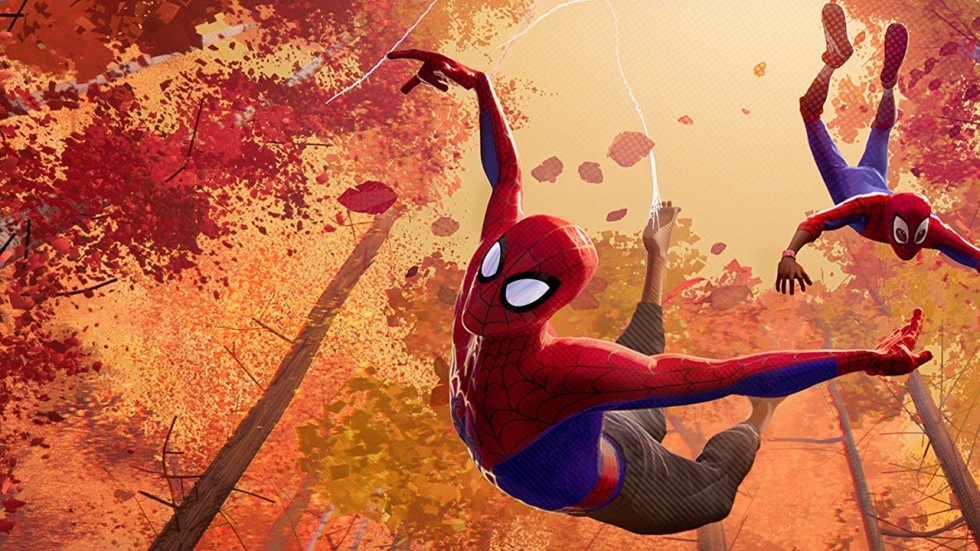 The art and character design saved certain elements of Into the Spider-Verse. Dr. Octopus as a character is instantly memorable to me because of her presence alone (spoiler alert Doc Ock is a woman in this movie). Her bright green goggles and plastic tentacles along with her rapid and fluid movement during the action sequences left a massive footprint on the film. It’s just like in a comic book, where the villains have a brief background but their menacing posture and distinct color palette and shape encourages the readers to remember them until the next issue releases. Kingpin is a hulking beast yet moves like a dark shadow as he conspicuously fits into that small cab. The entire film refuses to exit your mind due to the breathtaking presentation and unforgettable animation.

Spider-Man: Into the Spider-Verse extinguishes the unappealing image of Sony Animation and proves to the world that they can produce masterpieces. Not only does the film possess an art style very few mainstream production companies would dare to follow for such a massive intellectual property like Spider-Man, but it also tells a story that perfectly encapsulates the purpose of Spider-Man as a character. Miles Morales’s journey to becoming Spider-Man defines inspiration and defying expectations. A random kid from New York who always doubted himself in life has the opportunity to do something incredible and he grabbed onto it after prolonged hesitation. Oh, um, spoilers? I mean, why would the first Miles Morales movie end with him failing? That would seem hilariously stupid. 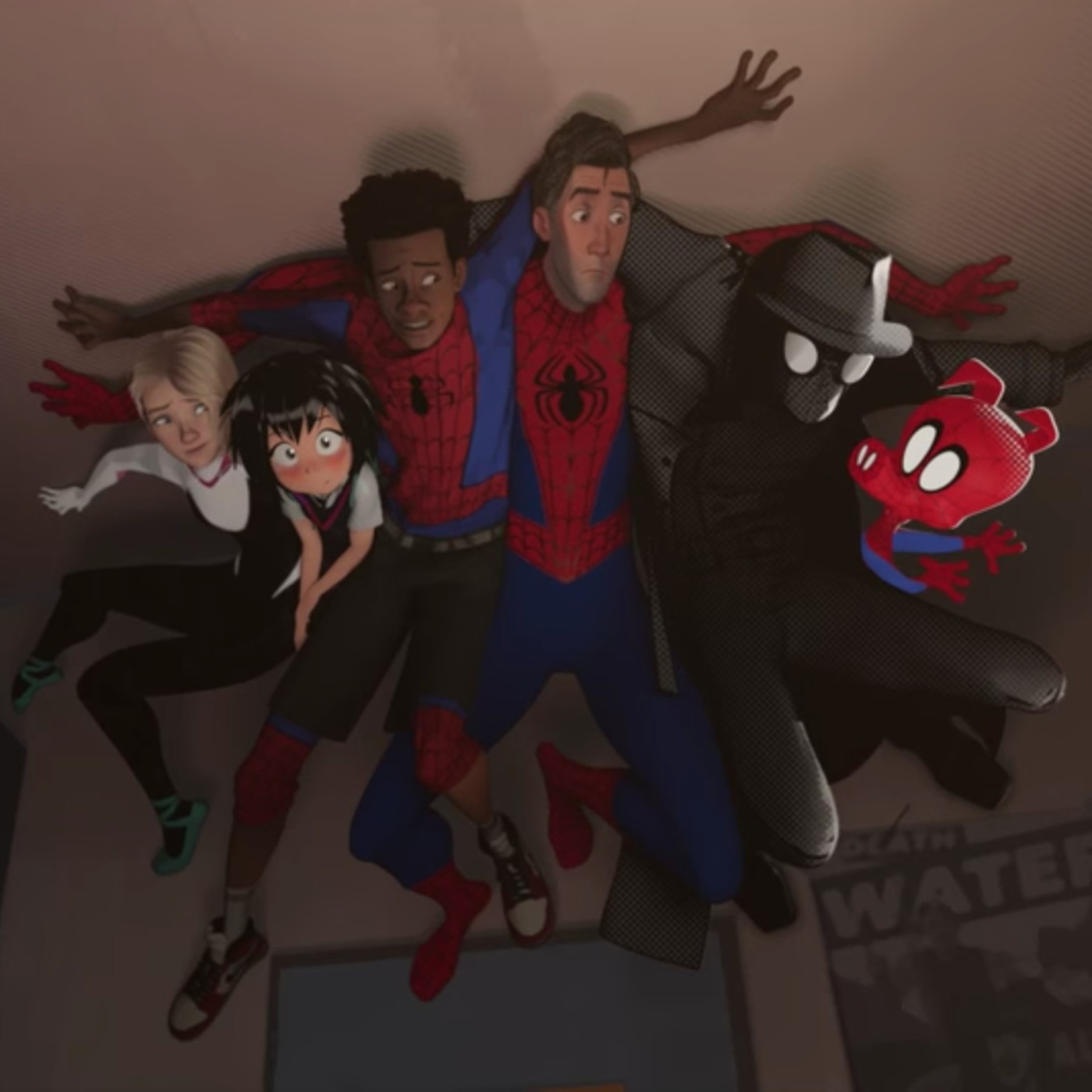 I honestly could not find anything wrong with this film. At times, the visual effects can become rather too flashy for certain audience members, but they’re not as extreme as say the Screenslaver from The Incredibles 2. I cannot see any upcoming animated movie from Disney or Pixar truly exceed what Into the Spider-Verse accomplished. ITSV is a love letter to all kinds of animation. From comic books to manga, from Looney Tunes animation to black-and-white noir animation, Into the Spider-Verse combines all of them together in a beautifully orchestrated work of art, all while telling an exciting adventure that would keep you at the edge of your seat. Spider-Verse not only has amazing visuals, but it uses it as a narrative tool in a highly effective manner with the body language of the characters and the colors of the background.

The fact this film won’t make a billion dollars like that shitty Beauty and the Beast remake or the overrated Frozen is a tragedy. However, what matters most is that audiences will eventually demand something like Spider-Verse to push the film medium forward. I can confidently say Spider-Man: Into the Spider-Verse will stand in the upper echelon of animated films and will land in my top 10 best films I’ve seen.

With that being said, this film gets a rare 10/10 from me. Do not hesitate and reserve a date in your calendar for this masterpiece.

“Corrupted by the darkness, now you fall into an endless sleep.”   I don’t even know where to start. You already know. I already know. It hasn’t been a month…

“When the demon’s knocking on your door, you’ll still be staring down the floor.”   Well, October has come and gone with the speed of an incontinent cheetah, and the…

The Suicide of Rachel Foster Review – Take the Stairs

The Suicide of Rachel Foster deals with some heavy themes that require sensitivity on the part of the developer. Suicide and rape aren’t themes you toss around at the dinner…

“Died to stay there, never have to leave there.”   It’s 2020, and it appears that roguelikes… well, they aren’t dying, but they sure seem like they’re slowing down. Once…