Come to think of it, Captain Marvel shares a lot in common with the controversy surrounding it. It’s pitifully generic, serves little purpose to the MCU, and ends up feeling pointless at the end of the day. You’ll have the internet warriors on both sides either defending/praising or attacking this film as if their lives depend on it, but when the dust settles, audiences get a largely uninspiring and uninteresting piece of fiction. Am I disappointed? I suppose so, but I’m not surprised. I saw this coming a mile away.

Before I enter a rant, let’s cover the film itself. The story opens up with a flashback of some debris the audience can’t quite discern. As the dust settles, Captain Marvel/Veer/Carol Danvers, portrayed by Brie Larson, tries to kill a figure of an unknown man. The scene ends and we see Veer wake up from her sleep and look out the window of her home planet Hala. My first gripe appears with the design of the city. It’s colorless and looks like a bunch of random geometric shapes plastered together to seem futuristic. It’s the exact opposite of the vistas in Guardians of the Galaxy, which are usually brimming with character and genuinely feels like floating cities. They’re solid and they feel substantial.

I bring up my issues with Hala because it so perfectly describes Captain Marvel herself. Her entire personality is muddled and changes every scene. Sometimes she’s a stoic hyper-masculine hero, or a cocky know-it-all, or an awkward goofball. She never quite molds into a certain shape and she stays there. As a result, she comes across as annoying, and thus the audience finds no reason to care about her. She was incessantly bullied from a child to an adult, but the film brushes past it like it was nothing. It only serves as a plot device to “progress” her character. Consequently, I didn’t care about her history nor do I want to learn more about her.

Are the side characters any better? Nick Fury is a classic character, but he was toned down to comic relief. Maria Rambeau is a more intriguing equivalent to Carol Danvers, but that’s not saying much. She was still subjected to a secondary role to the second half of the film and acts more of a plot device. The script certainly gave Lashawna Lynch better lines to work with than Brie Larson, who I’ll discuss in a moment. The villain? Dull as dishwater. This is Thor: The Dark World-tier boring. The worst part about him is that he’s a “liar revealed” trope, which has been done to death in plenty of animated movies before 2010. Yes, Ego is a similar villain, but he was a warm and welcoming character audiences knew for most of the movie, so that twist is actually impactful. Captain Marvel, on the other hand, has very little impact.

How are the performances? Considering the script seems half-baked with five writers and two directors working on one film, you could imagine some characters have worse lines than others. As a result, the actors try their hardest to act naturally to best fit their characters. For some reason, Brie Larson received the worst treatment, either because of direction or the script itself. Since the first trailer was revealed, some fans noticed Larson looked rather bored. In the final product, she seems more than that. Her performance gives the audience the impression that she doesn’t want to be in the film at all. It’s as if a producer dragged their notoriously disrespectful 14-year-old niece to perform the lead role. This isn’t me saying she needs to “smile more” or some nonsense. Once the credits started rolling, I definitely do not see myself excitedly waiting for a sequel. Sure, she could become more likeable in an ensemble like Doctor Strange did, but even Doctor Strange evolved from an arrogant asshole to a bold leader of the mystic arts. Carol Danvers didn’t evolve whatsoever. The film clearly wanted the audience to root for her since the beginning, but the audience doesn’t know Danvers. The hastily collaged background information on Danvers was rushed through to an insulting degree, especially considering the missed potential of providing meaningful social commentary. Wasn’t this supposed to be Marvel’s “feminist” film?

The small moments of where Larson experiences harassment from men doesn’t create a feminist message. It’s addressing an issue and doing pretty much nothing with it. Does it need impactful social commentary? Of course not, but since Marvel and film critics tried to market it as such, the movie certainly failed in that regard. I will say, though, the fact it addressed the sexist attitudes women faced in the Air Force was valuable to see in cinema. I suppose it would have balanced out with the humor, but I didn’t find myself laughing that much. It certainly tried to make the audience laugh with Larson’s persistent snarkiness and the frequent tongue-in-cheek “do you remember that?” ‘90s references.

All in all, there isn’t much to work with here. The action was adequate, but nothing remarkable by any stretch of the imagination. The CGI effects were nothing to write home about, but it’s not reprehensibly bad. The film itself isn’t generally a regressive viewing experience. However, I left the theatre with an enduring disappointment. Even the mid-credits scene, which was supposed to hype audiences up for Endgame in April, didn’t leave much of an impression on me. As a Marvel fan, I expected better, but I’m not surprised at the result. I saw a film like this coming a mile away.

If this was among the first batch of MCU films before the first Avengers, you wouldn’t see me complain at all. In fact, I would’ve praised it for being revolutionary. Instead, this is the twenty first Marvel movie, and I’m getting tired. The Marvel formula is starting to show its limitations and it needs to evolve. While this pushed the MCU past the $18 billion cumulative profit threshold, the quality is starting to concern me. I don’t doubt Avengers: Endgame is going to be a blast, but films beyond that grand finale will have to do more to satiate my appetite. It appears DC is figuring out how to entertain audiences in a variety of ways. From the epic adventures of Wonder Woman and Aquaman to the heartfelt journeys of Shazam! to the twisted crime plots of Joker, DC appears to be flaunting their creative diversity. 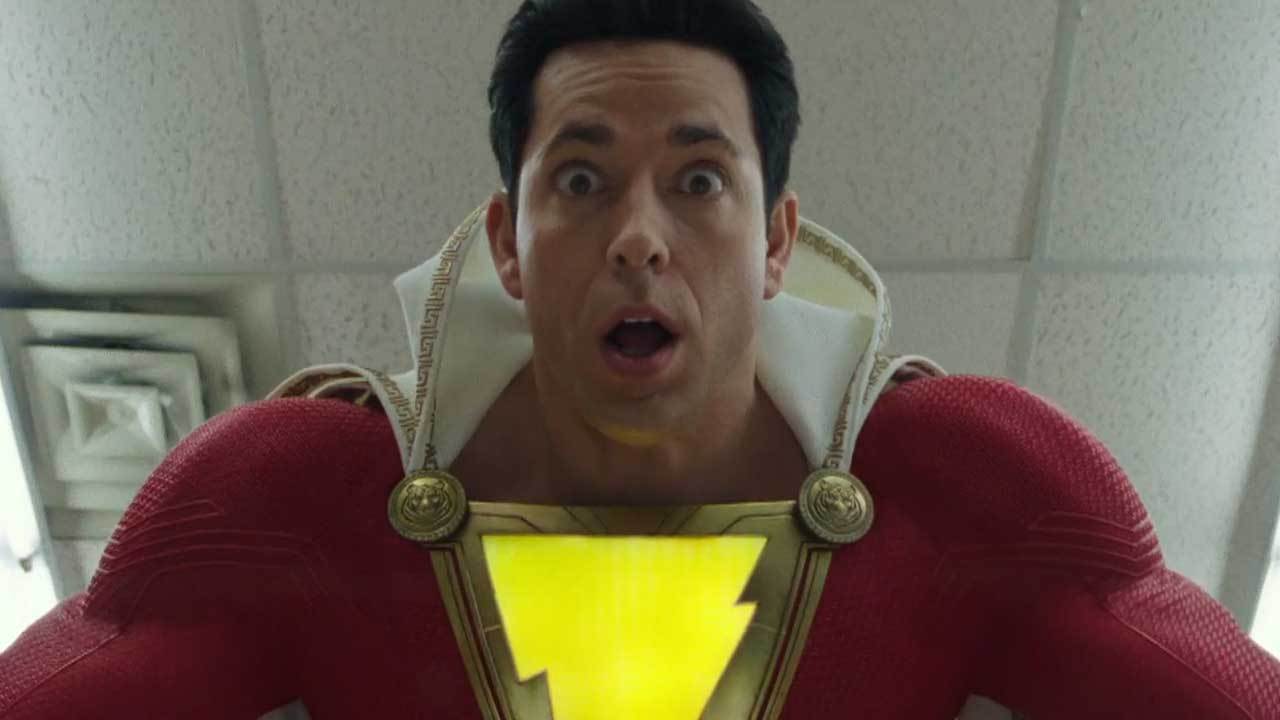 As for MCU, there’s not a lot of change happening. Sometimes they release a movie that’s more lighthearted like Ant-Man and the Wasp, but that’s becoming rarer as the time goes on. The foes need to get bigger, the powers need to be more spectacular, the stories need to be more complex, the movies need to be longer. I’m all for grand, amazing narratives, but when are we going to realize not every movie needs it? How big do the budgets need to be? Where’s the boundary? Mainstream audiences might not mind as much, of course, but people that are so anal about quality like me get frustrated at the developing homogeneity of these movies. At this point, I’m patiently waiting for a competent competitor to challenge Marvel and hopefully Warner Bros does just that.

As a Marvel movie, I suppose its numerous shortcomings are cushioned by the fact it’s a comic book film. As a movie, I would definitely pass on an opportunity to see it again. It’s not bad enough for me to awe at its stupidity or incompetence, nor is it good enough to revisit certain scenes again. It’s just mediocrity. Audiences seem to have agreed, considering the film suffered a bigger box office drop than Batman v. Superman, a legitimately terrible film. Would I recommend it? If you want to learn about every detail of Marvel’s characters and lore, this is a harmless enough watch. If you want a quality film, I’d wait until Avengers Endgame or even Shazam if that’s any good.

It’s a film that exists. Passable, but not memorable.

The Streaming Wars Are Upon Us

Hi everybody! We apologize for our recent inactivity. Some site difficulties have gotten in the way of content. However, we assure you that we'll be back up and running soon.

Have you missed us?

Check out our review of Infinite - Beyond the Mind, a new addition to the world of action video games! https://t.co/7Xen15hc89