Everyone and their mother is talking about the PS5, but Sony has been relatively silent with their marketing. The extent to which Sony has spoken about the PS5 remains in the digital realm, which is expected due to the ongoing pandemic, but Sony has communicated their next-gen announcements primarily on their social media platforms and blog posts. Those two aren’t primed to excite audiences. They’ve also uploaded a YouTube video of a GDC presentation hosted by Mark Cerny that discusses at great length the technical specifications of the PlayStation 5 and what that means for game development. That video, made specifically for developers, garnered over 14 million views. While the ratings were rather lukewarm, with a third of the like:dislike ratio being dislikes, the excitement is visible and it is massive.

All PS5-related Twitter posts garner hundreds of thousands of likes and easily reach the trending section. The PS5 logo alone harnessed a ton of traffic on PlayStation’s Instagram post. Virtually anything about the console will attract millions of people online without and Sony doesn’t even need to blast their horn about it. The new DualSense controller has already been subject to a myriad of fan made special editions representing different franchises or motifs. The demand for the PlayStation 5 has risen to the point that it easily dwarfs any discussion concerning Microsoft’s plans. 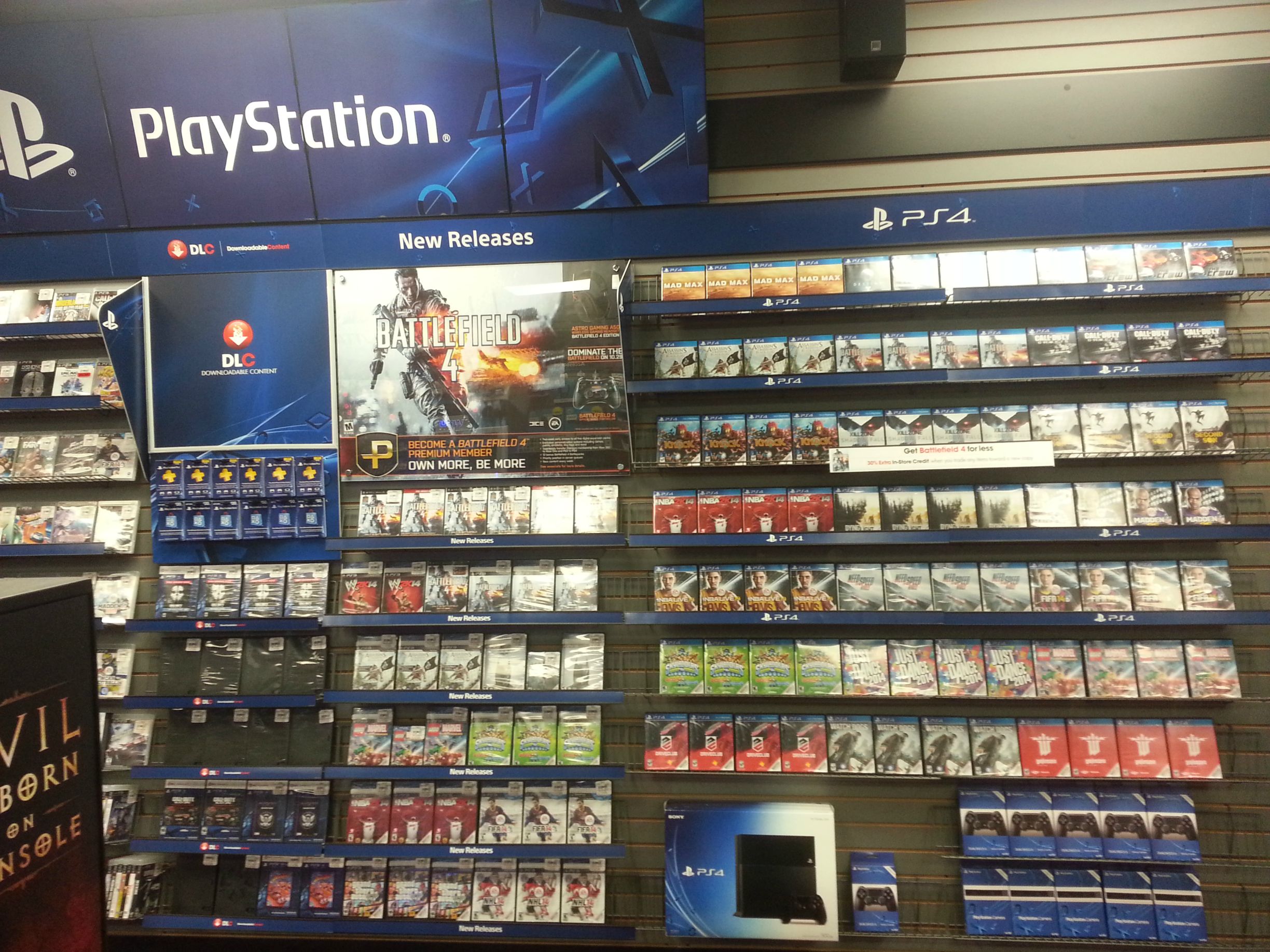 Throughout the past decade Sony cultivated a global constituency unlike any other console manufacturer, with the exception of Nintendo when they are at their best. This happened through frequent releases of high-quality exclusives, aggressive global marketing infrastructure, partnerships and exclusivity deals with various third-party companies and franchises, and consistent actions to build goodwill amongst the gaming community. While PlayStation has never had a console failure save for the PSVita, the brand has also never reached this level of universalized hype in the industry. Gamers, avid or casual, are familiar and greatly anticipate the PlayStation 5 and exclusive titles from Sony’s first-party studios. Game developers and publishers cannot contain their excitement in working on the PlayStation 5, which in turn results in an Internet hypestorm over the elusive machine.

Sony’s general absence has more benefits to their marketing strategy than 24/7 advertising like Microsoft does. Of course, the Xbox Series X is no slouch in hardware design and could have some excellent games from Microsoft’s reinvigorated first-party division. I am not one to be super excited for Microsoft’s plans, but I do see the Series X becoming the manufacturer’s best console yet, both in functionality and in games library. I feel likewise for the PlayStation 5. However, what differentiates the two is that Sony starves gamers of information whereas Microsoft inundates gamers with news frequently. Every time Sony reveals something about their next-generation platform is treated like an event Internet-wide event. Gamers know nearly every single thing about the Xbox Series X with the exception of launch lineup, UI, launch date, and MSRP. As for the PlayStation 5, we know about the technical specifications, the controller, and some of the features. Microsoft disclosed this information through frequent online campaigning on social media platforms, whereas Sony posts isolated articles on their PlayStation Blog site. Guess which has more people talking? 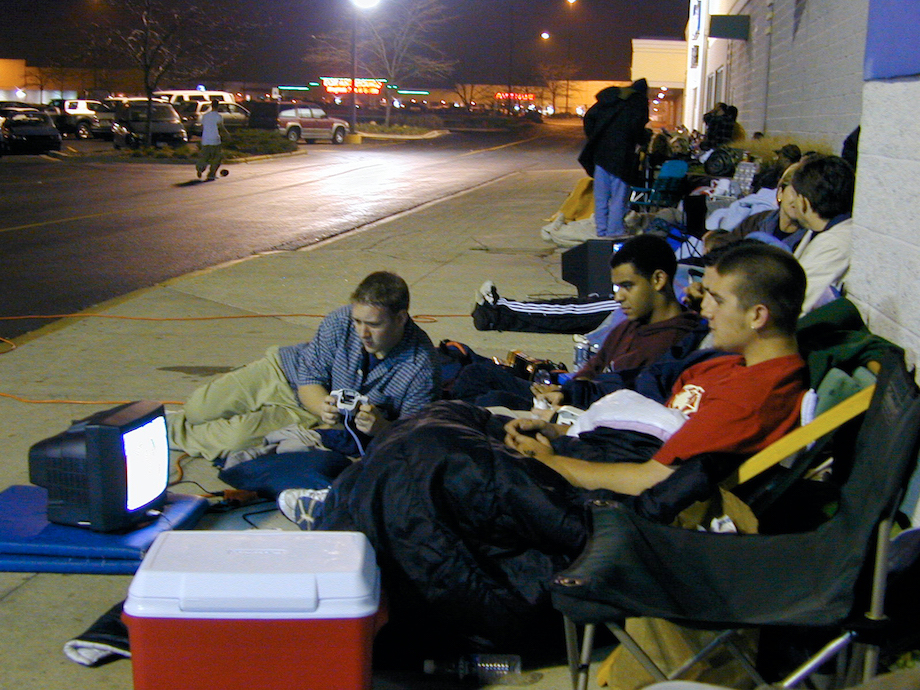 Gamers getting ready for the PlayStation 2 launch in 2000.

This disparity reveals the intrinsic PlayStation favoritism the gaming market possesses. Since its inception, the PlayStation 5 was favored to attain the largest market share without Sony flexing their muscles. People already know about the console’s development and they already want it. While this data is more circumstantial than empirical, you don’t have to look hard to see which brand and console the general discussions prefer. This goes beyond social media metrics as third-party developers will pay attention to this data and capitalize on it. That could translate to partnerships and exclusivity deals as every developer scrambles for a piece of the PS5.

The same is true for larger publishers and potentially more ambitious indie projects on Sony’s camp. I expect Sony’s marriage with Activision to continue after their lucrative Call of Duty partnership. I expect more third-party exclusives to emerge from higher profile studios. As much as Sony fans like myself, lament the absence of Sony’s embrace of indie projects like in the early PS4 days, I see Shuhei Yoshida and Greg Rice’s efforts bearing fruit in the coming months. I can easily imagine an ID@Xbox-esque outlet emerging from Sony, bolstering their diversity in the exclusive lineup. We also haven’t considered that developers seem quite happy with the PS5 from a hardware perspective and some studios could opt for an exclusivity agreement based on the console’s special attributes. The only thing that could negatively impact the PlayStation 5’s success is completely out of Sony’s control: the COVID-19 pandemic. Bloomberg reported that Sony might not be able to produce a sufficient amount of units for store shelves come the holiday season, causing a shortage that could last for several months. However, consumer demand exceeding supply is usually a good sign for a console’s success. Remember the multiple PS2 famines and the ongoing Switch drought? Unless Sony pulls another PS3 (which is looking more and more unlikely), the PS5 is poised for another historic launch and Sony doesn’t even need to try. As long as the console is priced fairly and has a competent game library ahead of it, I can safely expect the PS5 to be yet another 100 million seller.

What do you think of Sony’s currently absent marketing strategy? Do you think it speaks volumes to the PlayStation brand’s durability or does it show arrogance from Sony’s part? Let us know in the comments below and stay tuned for more feature pieces from Sick Critic!

Just a couple of days before the Ubisoft Forward event, Far Cry 6 has been leaked and teased. Just like so many games before it, Far Cry 6 briefly found…

For as long as I can remember, I’ve always been terrified of spiders. Whether they’re maliciously spying on me in a corner of a room or just chilling on my…